Their role in our life is inconsistent and unpredictable.

Sometimes when we see them, they build us up. “You’re looking so good!”. “Gee you’re smart”. “Let me help you out”. Despite our best intentions, we can’t help but shine when they’re kind to us.  It feels so good when they approve.

But then the next time we see them…the generosity is gone. The digs are subtle but hurtful.  “Have you gained weight?”. “Don’t get too big for your boots”. “You’re such a know it all, that’s your problem”. The scripts are different but the intent is the same; to bring you down.

Eventually we resolve that we’ll speak up when they put us down; call them out on their behaviour. Or if we’re not capable of doing that, we’ll just step back and avoid interacting with them.

Their response to our attempt to defend ourselves is to cast us as the ‘bad guy’ – sometimes to our face, sometimes to other people. “I haven’t heard from her”, they say to our mutual friends, “She’s just cut me out”.  Or “He basically told me I was an awful person”. People empathise with them – what a horrible friend/daughter/son/partner/parent you are to have treated them this way.

It’s called Karpman’s Drama Triangle, and it works like this.

There are three roles in the triangle; persecutor, victim and rescuer.

People who go through life living the drama triangle will constantly try to find dance partners to be in the triangle with them. If they’re in persecutor mode, they need you to play their victim. Then when they’re ready, they need you to allow them to rescue you – build you up again, make everything okay. If you try to assert yourself and refuse to be a victim – they’ll cast themselves as the victim instead: “I’m trying to be nice and you’re being so horrible to me”.

Look around you. Where are the people who want you to be in their drama triangle? Is it a work colleague? Is it your boss? Is it your mother? Is it your partner?

Here’s the tough question: is it you?

I’m going to own it and say that I have sometimes found myself reverting to the drama triangle with my kids.

It’s subtle, but I do it. If they have left a mess, for example, I might jump on the victim train. It sounds like this: “I’ve worked all day and now come home to cook dinner and you’ve left your dishes all around the house”. Instead of communicating in a healthy way though and following this with “Can you please put your dishes away?”, I’ll tidy them up myself. Because then I can sigh and play the martyr and resume a role of victim; a role that I associated with love at a very young age.

Because here’s the thing; if you grew up in the drama triangle, it is a very comfortable space to live in.

So, my challenge to you is this.

Over the next few weeks, pay attention and notice when the drama triangle is happening around you.  You’ll notice it in politics, religion, media, at work, at home.  Listen for persecutor language; for victim language; for rescuer language.

Personal growth starts with self-awareness. Are you willing to admit you have participated in the drama triangle?

If you’re tired of playing the victim, then stop the ‘poor me’ script.

If you tired of playing the rescuer, then stop trying to fix people.

If you’re tired of playing the persecutor, then stop the blame game.

Walk away from the dance.

To read more about the drama triangle and how to break out of it, I recommend the following article: https://www.bpdfamily.com/content/karpman-drama-triangle

BrainSweet offers workshops, advice and tailored strategies to help you be in charge of your mental well-being. 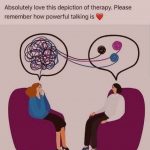 The benefits of counsellingLatest News 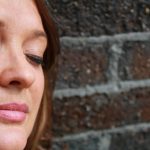 Depression: An honest insight into how it feelsLatest News